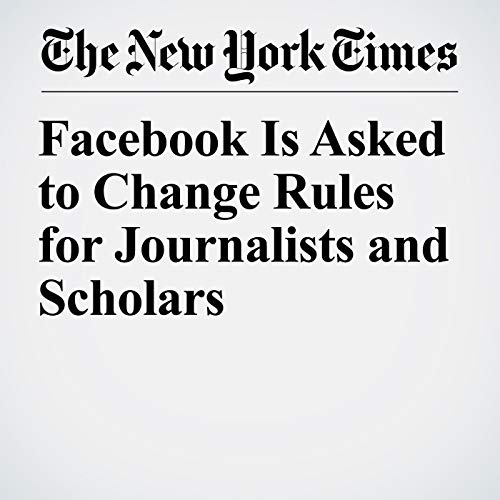 In a letter sent Monday, lawyers for a group of researchers and journalists asked Mark Zuckerberg, Facebook’s founder and chief executive, to alter the agreement that people must adhere to to use the site. They want Facebook to create a newsgathering exception to its bans on creating inauthentic accounts and on using automated tools that scrape public data about users for large-scale analysis.

"Facebook Is Asked to Change Rules for Journalists and Scholars" is from the August 07, 2018 US section of The New York Times. It was written by Charlie Savage and narrated by Kristi Burns.