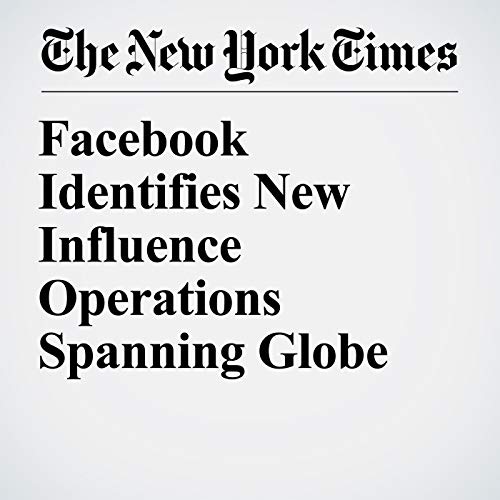 SAN FRANCISCO — Facebook said on Tuesday it had identified multiple new influence campaigns that were aimed at misleading people around the world, with the company finding and removing 652 fake accounts, pages and groups that were trying to sow misinformation.

"Facebook Identifies New Influence Operations Spanning Globe" is from the August 22, 2018 Business section of The New York Times. It was written by Sheera Frenkel and Nicholas Fandos and narrated by Keith Sellon-Wright.