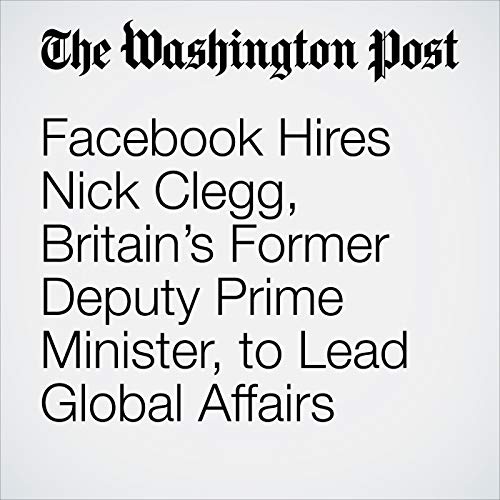 It’s often said that if Facebook were a country, it would be the largest on earth, with a current population of 2.2 billion.

"Facebook Hires Nick Clegg, Britain’s Former Deputy Prime Minister, to Lead Global Affairs" is from the October 19, 2018 Tech section of The Washington Post. It was written by Brian Fung and narrated by Jenny Hoops.