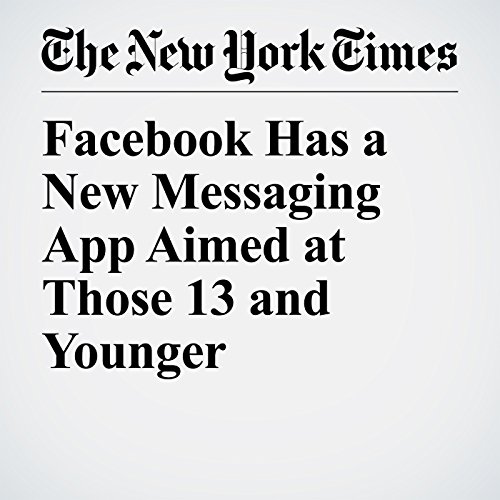 More than 1 billion people — mostly adults — use Facebook’s Messenger app to communicate every month. Now, the future of Messenger is set to become much younger.

"Facebook Has a New Messaging App Aimed at Those 13 and Younger" is from the December 04, 2017 Business section of The New York Times. It was written by Mike Isaac and narrated by Kristi Burns.