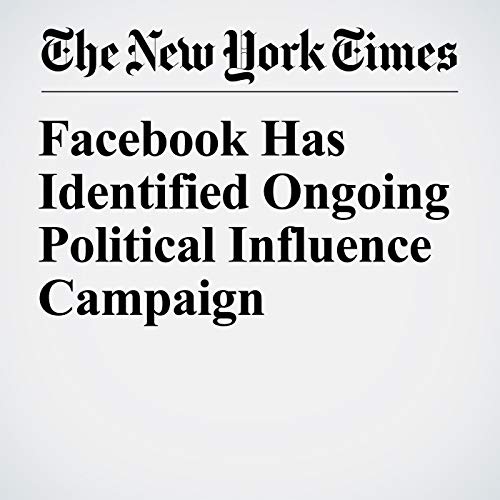 Facebook announced Tuesday it has identified a coordinated political influence campaign, with dozens of inauthentic accounts and pages that are believed to be engaging in political activity around divisive social issues ahead of November’s midterm elections.

"Facebook Has Identified Ongoing Political Influence Campaign" is from the July 31, 2018 U.S. section of The New York Times. It was written by Nicholas Fandos and Kevin Roose and narrated by Kristi Burns.