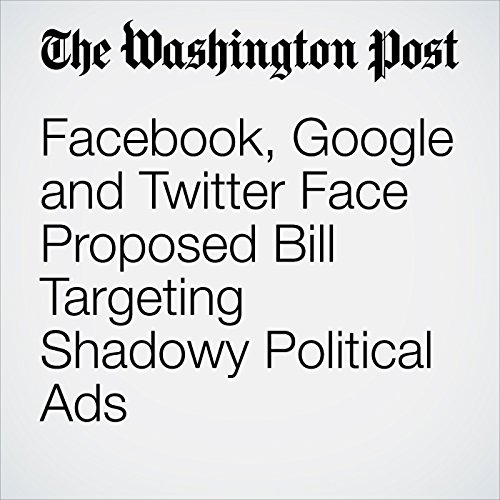 Democratic lawmakers are pushing for new legislation that would require greater disclosure of political ads that run on Internet platforms, despite a pledge by Facebook chief executive Mark Zuckerberg that the company will voluntarily pull back the curtain on political advertising on the social network.

"Facebook, Google and Twitter Face Proposed Bill Targeting Shadowy Political Ads" is from the September 22, 2017 Technology section of The Washington Post. It was written by Hamza Shaban and Matea Gold and narrated by Sam Scholl.