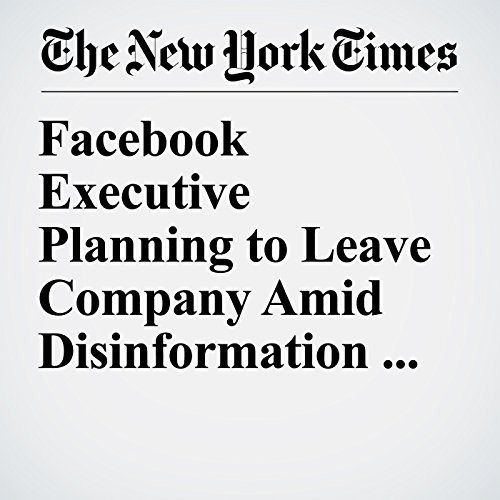 As Facebook grapples with a backlash over its role in spreading disinformation, an internal dispute over how to handle the threat and the public outcry is resulting in the departure of a senior executive.

"Facebook Executive Planning to Leave Company Amid Disinformation Backlash" is from the March 19, 2018 Business section of The New York Times. It was written by Nicole Perlroth, Sheera Frenkel and Scott Shane and narrated by Keith Sellon-Wright.