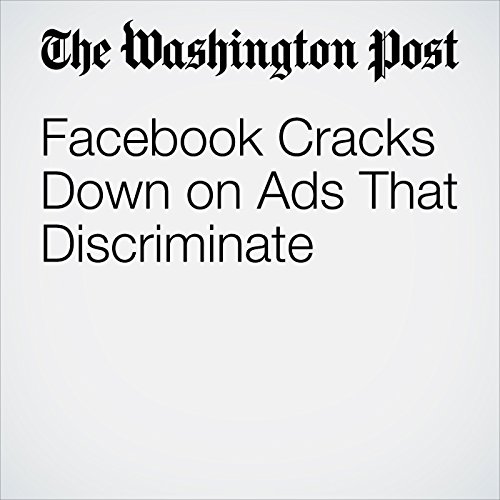 The change has been a long time coming. The company came under fire last fall, following a ProPublica article that showed it was possible to make housing ads on Facebook that explicitly excluded certain racial groups, in violation of the Fair Housing Act. That law prohibits people from refusing to rent or sell homes to someone based on characteristics such as race.

"Facebook Cracks Down on Ads That Discriminate" is from the February 08, 2017 Business section of The Washington Post. It was written by Hayley Tsukayama and narrated by Sam Scholl.