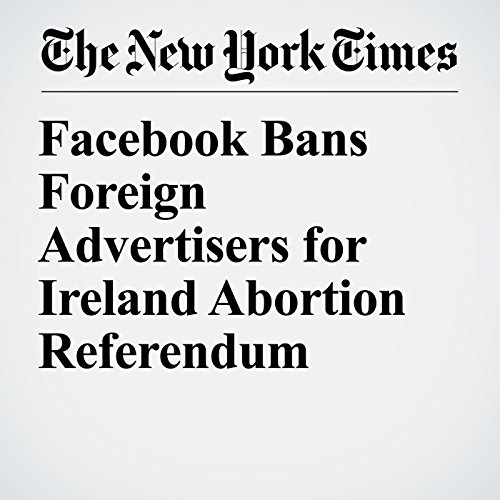 LONDON — Facebook faced a wave of criticism for missing interference by Russia-based groups during the 2016 presidential campaign in the United States. Now, it is making Ireland an early test case for new policies meant to block such meddling in foreign elections.

"Facebook Bans Foreign Advertisers for Ireland Abortion Referendum" is from the May 08, 2018 Business section of The New York Times. It was written by Adam Satariano and narrated by Keith Sellon-Wright.