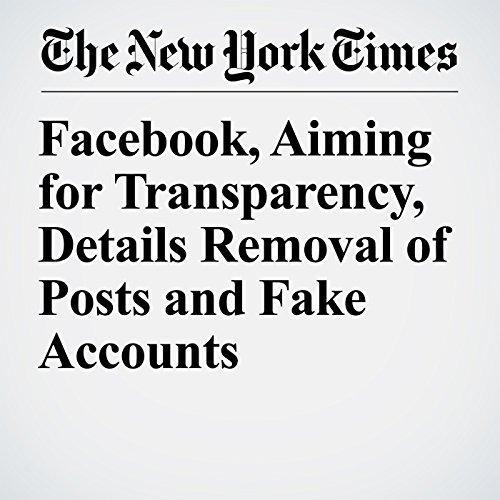 SAN FRANCISCO — Facebook has been under pressure for its failure to remove violence, nudity, hate speech and other inflammatory content from its site. Government officials, activists and academics have long pushed the social network to disclose more about how it deals with such posts.

"Facebook, Aiming for Transparency, Details Removal of Posts and Fake Accounts" is from the May 15, 2018 Business section of The New York Times. It was written by Sheera Frenkel and narrated by Keith Sellon-Wright.