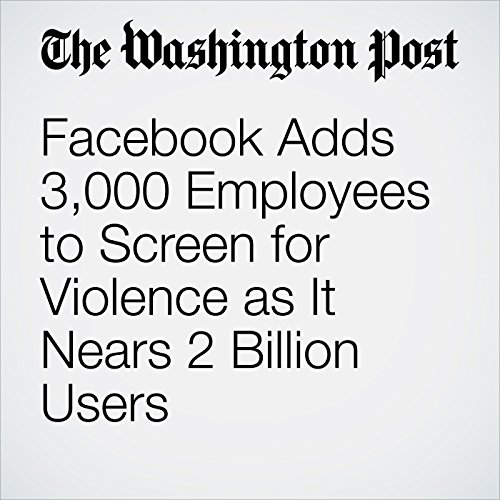 Facebook Adds 3,000 Employees to Screen for Violence as It Nears 2 Billion Users

Facebook now has 1.94 billion users, an increase driven by mobile growth, the company said Wednesday as it released another strong earnings report. But questions loom about whether the social network can adequately deal with some of the content posted by its growing audience.

"Facebook Adds 3,000 Employees to Screen for Violence as It Nears 2 Billion Users" is from the May 03, 2017 Tech section of The Washington Post. It was written by Hayley Tsukayama and narrated by Sam Scholl.