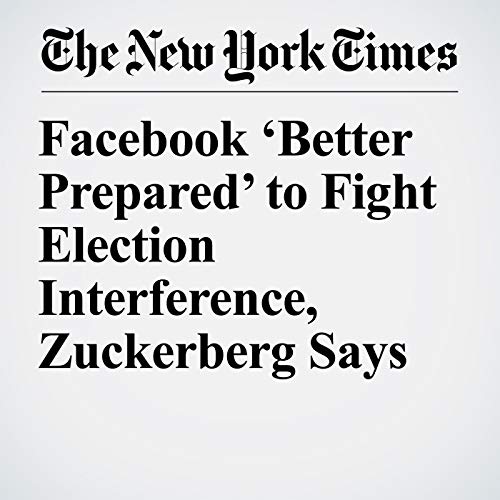 Mark Zuckerberg began the year by promising to make Facebook safer from election interference around the world. He has spent most of the rest of the year apologizing for not recognizing the problem earlier.

"Facebook ‘Better Prepared’ to Fight Election Interference, Zuckerberg Says" is from the September 13, 2018 U.S. section of The New York Times. It was written by Sheera Frenkel and Mike Isaac and narrated by Keith Sellon-Wright.