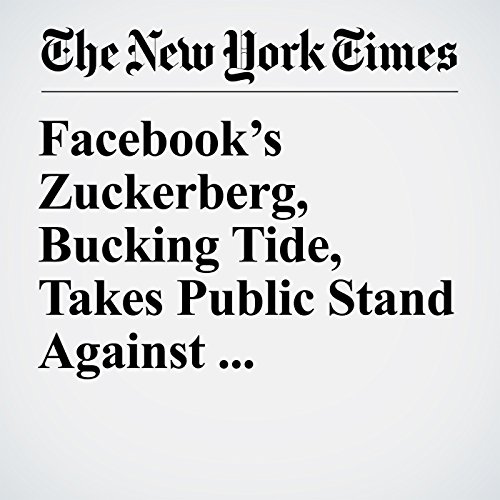 In a 5,800-word letter he posted publicly, the Zuckerberg expressed alarm that what was once considered normal — seeking global connection — was now seen by people and governments around the world as something undesirable.

"Facebook’s Zuckerberg, Bucking Tide, Takes Public Stand Against Isolationism" is from the February 16, 2017 Business section of The New York Times. It was written by Mike Isaac and narrated by Kristi Burns.