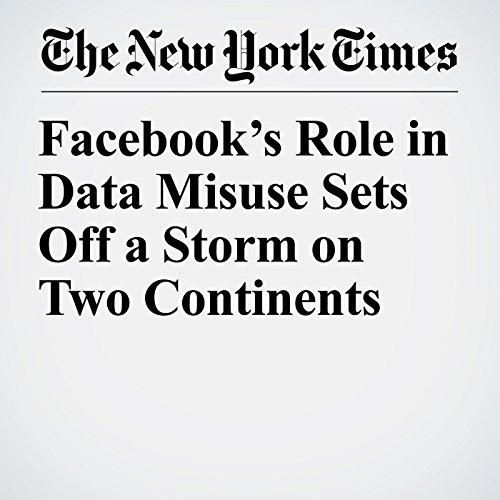 U.S. and British lawmakers demanded Sunday that Facebook explain how a political data firm with links to President Donald Trump’s 2016 campaign was able to harvest private information from more than 50 million Facebook profiles without the social network’s alerting users. The backlash forced Facebook to once again defend the way it protects user data.

"Facebook’s Role in Data Misuse Sets Off a Storm on Two Continents" is from the March 18, 2018 World section of The New York Times. It was written by Matthew Rosenberg and Sheera Frenkel and narrated by Kristi Burns.