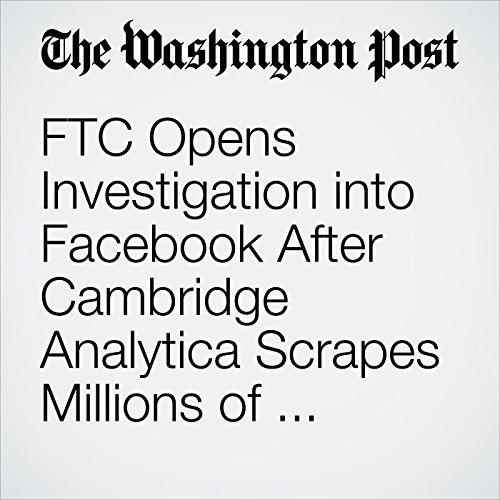 The Federal Trade Commission has opened an investigation into Facebook following reports that a data analytics firm that had worked with the Trump campaign had improperly accessed names, “likes” and other personal information about tens of millions of the social site’s users without their knowledge.

"FTC Opens Investigation into Facebook After Cambridge Analytica Scrapes Millions of Users’ Personal Information" is from the March 20, 2018 Tech section of The Washington Post. It was written by Tony Romm, Craig Timberg and narrated by Sam Scholl.