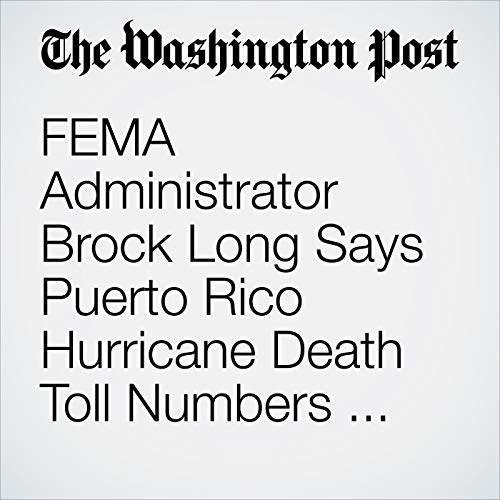 Embattled FEMA Administrator William “Brock” Long said Sunday that the figures for how many people died as a result of Hurricane Maria in Puerto Rico last year are “all over the place,” in remarks that echoed President Trump’s efforts to cast doubt on a George Washington University study that found there were nearly 3,000 excess deaths on the island in the months after the storm.

"FEMA Administrator Brock Long Says Puerto Rico Hurricane Death Toll Numbers Are ‘All over the Place’" is from the September 16, 2018 Politics section of The Washington Post. It was written by Felicia Sonmez and narrated by Sam Scholl.