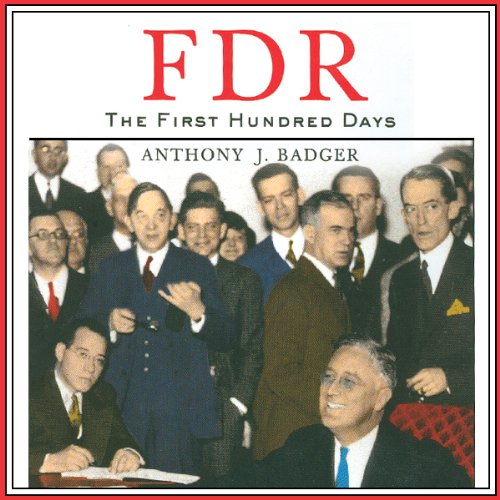 With reforms ranging from the legalization of alcohol to mortgage relief for millions of Americans, Roosevelt launched the New Deal that conservatives have been working to roll back ever since.

Badger emphasizes Roosevelt's political gifts while humanizing Roosevelt and suggesting a far more useful yardstick for future presidents: the politics of the possible under the guidance of principle.

"With insight, great judiciousness, and extremely well ordered pacing, Badger, an expert in American history at Cambridge University, reviews the pieces of legislation and analyzes their effectiveness. An important book in contributing to a complete picture of 20-century U.S. history that is clear and accessible." ( Booklist)

In 2021-As President Joe Biden approaches his first hundred days, one can see a similarity. He is conquering a pandemic and a racial crises as well as rolling out a major infrastructure package- Bravo Joe!