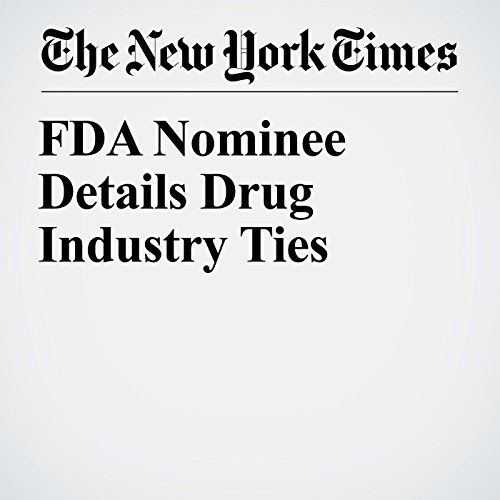 President Donald Trump’s nominee to head the Food and Drug Administration has received millions of dollars in payments from his recent work in the private sector, including firms with ties to drug and other health care companies, according to his federal disclosure forms.

"FDA Nominee Details Drug Industry Ties" is from the March 29, 2017 U.S. section of The New York Times. It was written by Katie Thomas and narrated by Fleet Cooper.