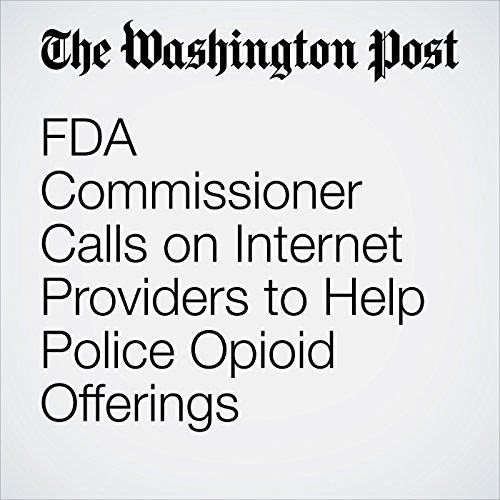 The head of the Food and Drug Administration on Wednesday called on Internet providers to help rid the Web of illegal offers of prescription opioids and illicit drugs such as fentanyl that have contributed to the nation's drug crisis. And on Thursday, the surgeon general is scheduled to recommend that more people keep on hand an antidote for overdoses — the latest examples of public health officials scrambling to respond to the opioid crisis.

"FDA Commissioner Calls on Internet Providers to Help Police Opioid Offerings" is from the April 05, 2018 National section of The Washington Post. It was written by Lenny Bernstein and Elizabeth Dwoskin and narrated by Sam Scholl.