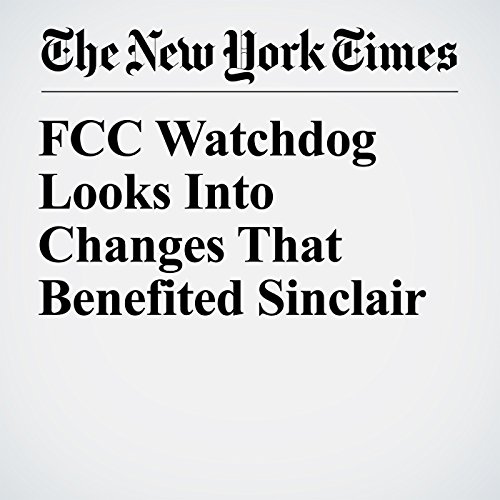 Last April, the chairman of the Federal Communications Commission, Ajit Pai, led the charge for his agency to approve rules allowing television broadcasters to greatly increase the number of stations they own. A few weeks later, Sinclair Broadcasting announced a blockbuster $3.9 billion deal to buy Tribune Media — a deal those new rules made possible.

"FCC Watchdog Looks Into Changes That Benefited Sinclair" is from the February 15, 2018 Business section of The New York Times. It was written by Cecilia Kang and narrated by Barbara Benjamin-Creel.