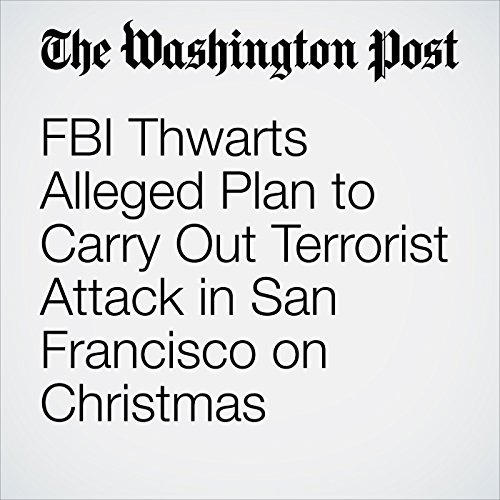 The FBI says it thwarted a possible terrorist attack at San Francisco’s Pier 39 after arresting a man who told undercover agents he wanted to carry out an Islamic State-inspired suicide bombing at the popular tourist destination on Christmas Day.

"FBI Thwarts Alleged Plan to Carry Out Terrorist Attack in San Francisco on Christmas" is from the December 23, 2017 National section of The Washington Post. It was written by Amy B. Wang and narrated by Sam Scholl.