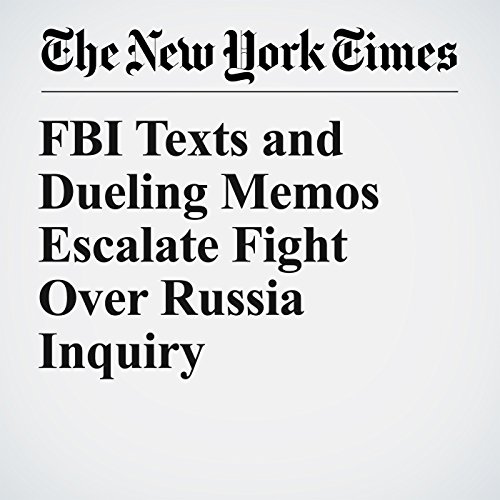 The Justice Department warned the House Intelligence Committee chairman on Wednesday that it was “extraordinarily reckless” for Republicans to push to release a committee memo that draws on classified information to portray the origins of the Russian investigation as scandalous.

"FBI Texts and Dueling Memos Escalate Fight Over Russia Inquiry" is from the January 24, 2018 U.S. section of The New York Times. It was written by Charlie Savage, Nicholas Fandos, and Adam Goldman and narrated by Keith Sellon-Wright.