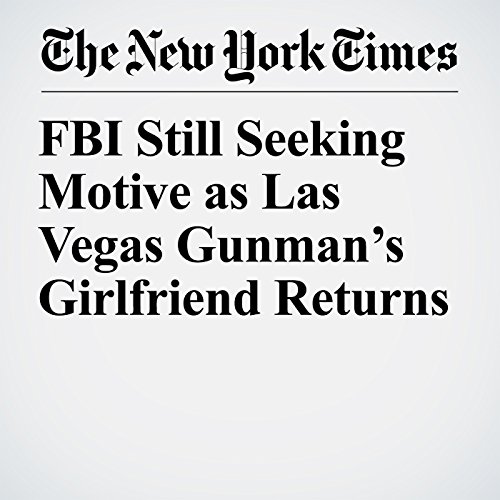 Investigators still have not found a motive for the Las Vegas massacre, an FBI official said Wednesday, but they hope that the gunman’s girlfriend, who officials said had returned to the United States from overseas, can provide some insight into what prompted a man with no evident criminal history to become a mass murderer.