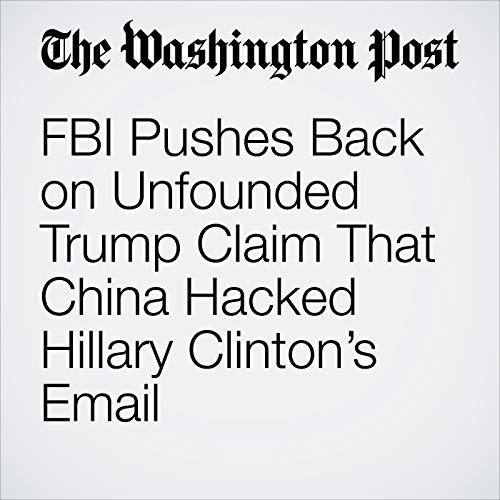 The FBI on Wednesday pushed back on an unfounded claim by President Trump that Hillary Clinton’s emails were hacked by China, saying it had found no evidence that the private servers she used while secretary of state had been compromised.

"FBI Pushes Back on Unfounded Trump Claim That China Hacked Hillary Clinton’s Email" is from the August 29, 2018 Politics section of The Washington Post. It was written by John Wagner and narrated by Sam Scholl.