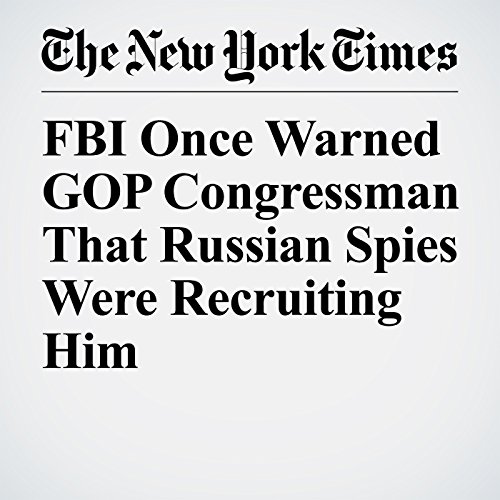 The FBI warned a Republican congressman in 2012 that Russian spies were trying to recruit him, officials said, an example of how aggressively Russian agents have tried to influence Washington politics.

"FBI Once Warned GOP Congressman That Russian Spies Were Recruiting Him" is from the May 19, 2017 U.S. section of The New York Times. It was written by Matt Apuzzo, Adam Goldman and Mark Mazzetti and narrated by Barbara Benjamin-Creel.