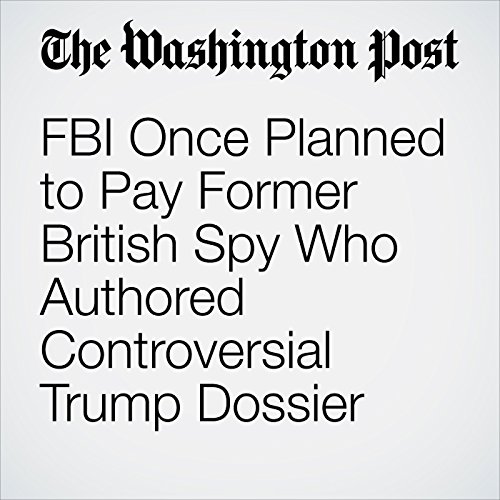 The former British spy who authored a controversial dossier on behalf of Donald Trump’s political opponents alleging ties between Trump and Russia reached an agreement with the FBI a few weeks before the election for the bureau to pay him to continue his work, according to several people familiar with the arrangement.

"FBI Once Planned to Pay Former British Spy Who Authored Controversial Trump Dossier" is from the February 28, 2017 Politics section of The Washington Post. It was written by Tom Hamburger and Rosalind S. Helderman  and narrated by Sam Scholl.