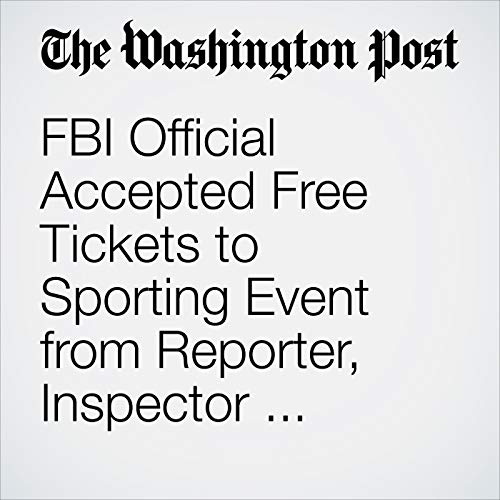 A senior FBI official retired from the bureau amid an investigation that found the official had accepted sports tickets from a news reporter and falsely claimed to have paid for them, the Justice Department inspector general announced Tuesday.

"FBI Official Accepted Free Tickets to Sporting Event from Reporter, Inspector General Says" is from the October 16, 2018 National section of The Washington Post. It was written by Matt Zapotosky and Devlin Barrett and narrated by Sam Scholl.