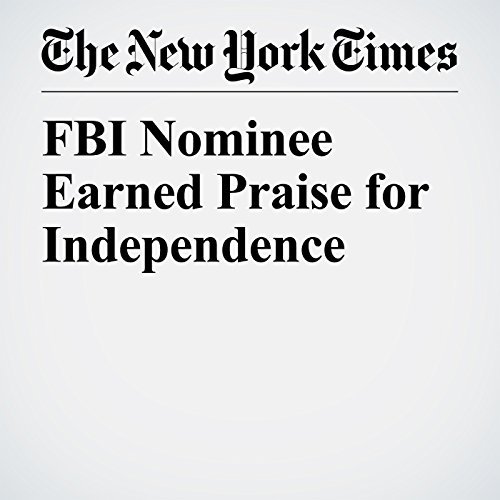 Christopher A. Wray was the government’s top criminal prosecutor in 2004 when the FBI director, Robert S. Mueller III, and the deputy attorney general, James Comey, threatened to quit the Bush administration over a controversial surveillance program. He offered to join their protest.

"FBI Nominee Earned Praise for Independence" is from the June 08, 2017 U.S. section of The New York Times. It was written by Adam Goldman and Matt Apuzzo and narrated by Keith Sellon-Wright.