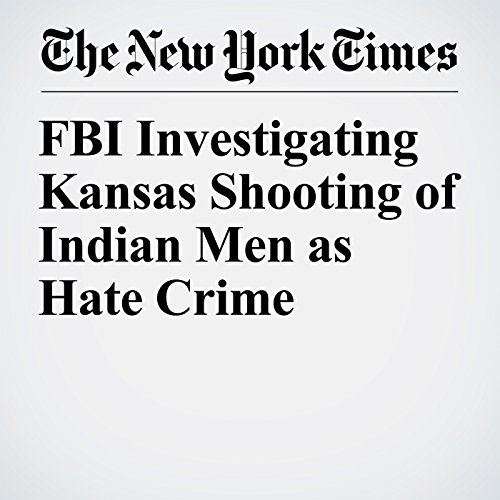 The FBI said Tuesday that it was investigating the shooting of two Indian immigrants by a white man who leveled ethnic slurs at them and questioned their immigration status before he opened fire at a Kansas bar as a hate crime.

"FBI Investigating Kansas Shooting of Indian Men as Hate Crime" is from the March 01, 2017 U.S. section of The New York Times. It was written by Liam Stack and narrated by Fleet Cooper.