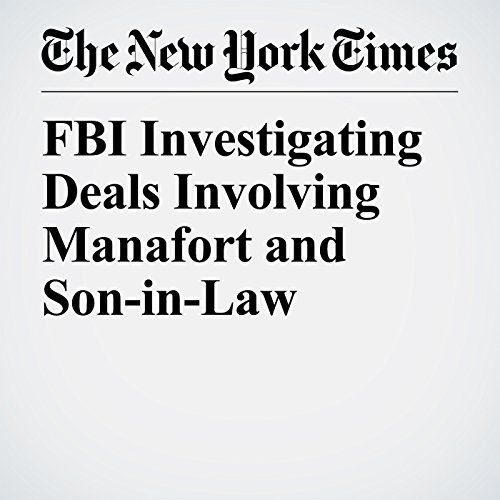 Federal Investigators Are Examining Financial Transactions Involving Paul Manafort and His Son-in-Law, Who Embarked on a Series of Real Estate Deals in Recent Years Fueled by Millions of Dollars From Manafort, According to Two People Familiar With the Matter.

"FBI Investigating Deals Involving Manafort and Son-in-Law" is from the June 23, 2017 U.S. section of The New York Times. It was written by Mike McIntire and narrated by Keith Sellon-Wright.