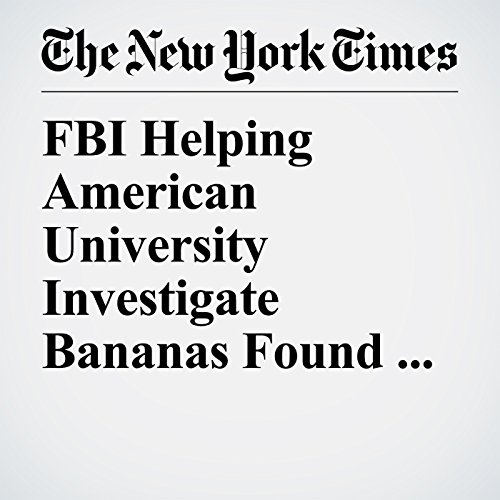 The FBI is helping American University in Washington, D.C., investigate an episode in which bananas were found hanging from nooses on campus this week, a spokeswoman for the agency said Wednesday.The bananas were found at the university Monday, the same day a black woman took office as the student government president for the first time in the institution’s history.

"FBI Helping American University Investigate Bananas Found Hanging from Nooses" is from the May 03, 2017 U.S. section of The New York Times. It was written by Jacey Fortin and narrated by Keith Sellon-Wright.