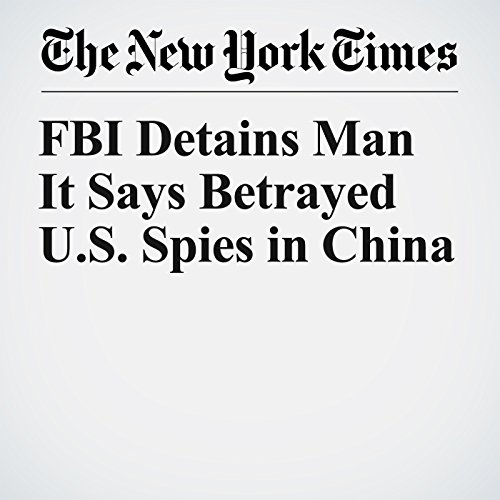 A former CIA officer suspected by investigators of helping China dismantle United States spying operations and identify informants has been arrested, the Justice Department said Tuesday. The collapse of the spy network was one of the U.S. government’s worst intelligence failures in recent years.

"FBI Detains Man It Says Betrayed U.S. Spies in China" is from the January 16, 2018 World section of The New York Times. It was written by Adam Goldman and narrated by Kristi Burns.