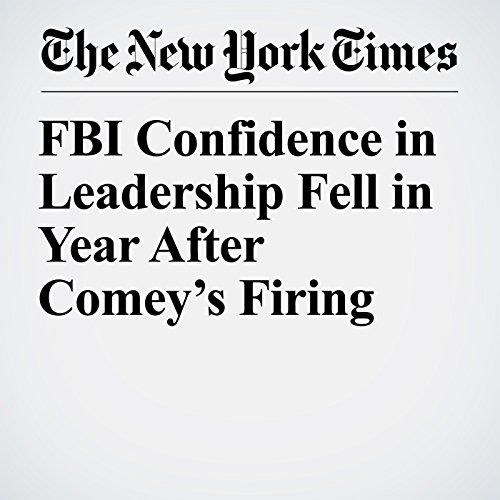 One year after President Donald Trump fired FBI Director James Comey agents say they have less confidence in the ethics and vision of the bureau’s new leadership, according to internal survey data.

"FBI Confidence in Leadership Fell in Year After Comey’s Firing" is from the July 15, 2018 U.S. section of The New York Times. It was written by Matt Apuzzo and narrated by Caroline Miller.