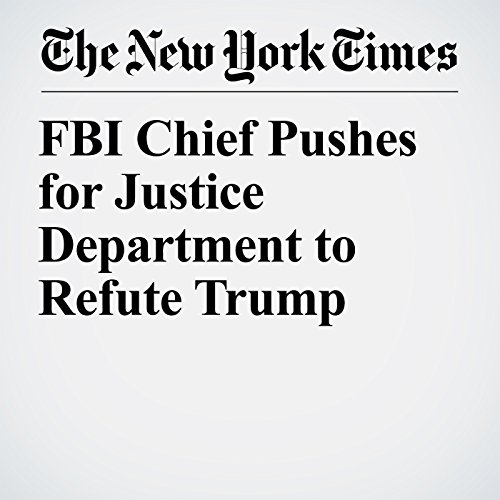 FBI Director James B. Comey asked the Justice Department this weekend to publicly reject President Donald Trump’s assertion that President Barack Obama ordered the tapping of Trump’s phones, senior U.S. officials said Sunday. Comey has argued that the highly charged claim is false and must be corrected, they said, but the department has not released any such statement.

"FBI Chief Pushes for Justice Department to Refute Trump" is from the March 05, 2017 U.S. section of The New York Times. It was written by Michael S. Schmidt and Michael D. Shear and narrated by Caroline Miller.