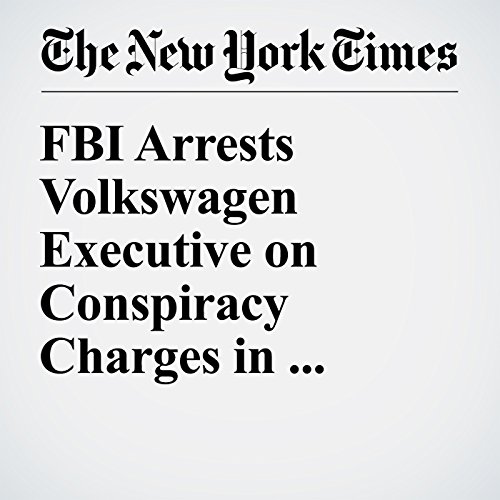 The FBI has arrested a Volkswagen executive who faces charges of conspiracy to defraud the United States, two people with knowledge of the arrest said Sunday, marking an escalation of the criminal investigation into the automaker’s diesel emissions cheating scandal.

"FBI Arrests Volkswagen Executive on Conspiracy Charges in Emissions Scandal" is from the January 09, 2017 U.S. section of The New York Times. It was written by Adam Goldman and Hiroko Tabuchi and narrated by Fleet Cooper.