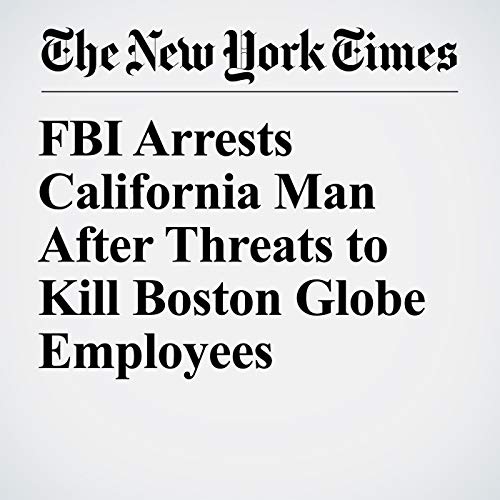 The FBI said Thursday that it charged a California man who threatened to kill employees of the The Boston Globe after calling them the “enemy of the people” in a series of menacing phone calls.

"FBI Arrests California Man After Threats to Kill Boston Globe Employees" is from the August 30, 2018 U.S. section of The New York Times. It was written by Adam Goldman and narrated by Keith Sellon-Wright.