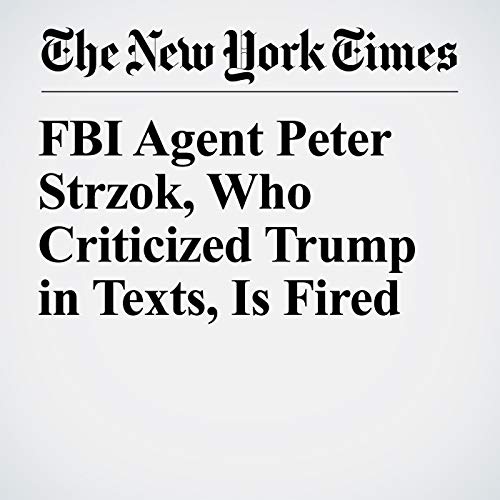 "FBI Agent Peter Strzok, Who Criticized Trump in Texts, Is Fired" is from the August 13, 2018 U.S. section of The New York Times. It was written by Adam Goldman and Michael S. Schmidt and narrated by Keith Sellon-Wright.