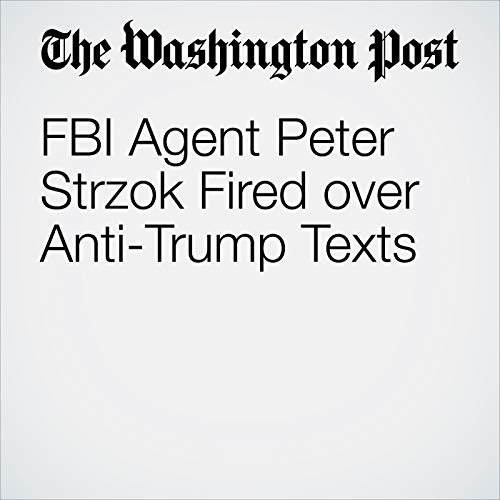 The FBI has fired agent Peter Strzok, who helped lead the bureau’s investigation into Russian interference in the 2016 election until officials discovered he had been sending anti-Trump texts.

"FBI Agent Peter Strzok Fired over Anti-Trump Texts" is from the August 13, 2018 National section of The Washington Post. It was written by Matt Zapotosky and narrated by Sam Scholl.