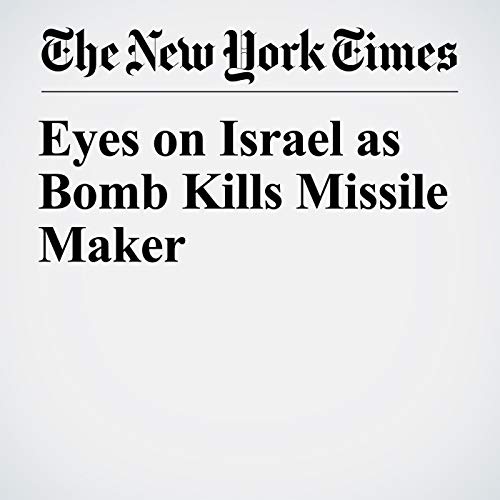 Aziz Asbar was one of Syria’s most important rocket scientists, bent on amassing an arsenal of precision-guided missiles that could be launched with pinpoint accuracy against Israeli cities hundreds of miles away.

"Eyes on Israel as Bomb Kills Missile Maker" is from the August 06, 2018 World section of The New York Times. It was written by David M. Halbfinger and Ronen Bergman and narrated by Keith Sellon-Wright.