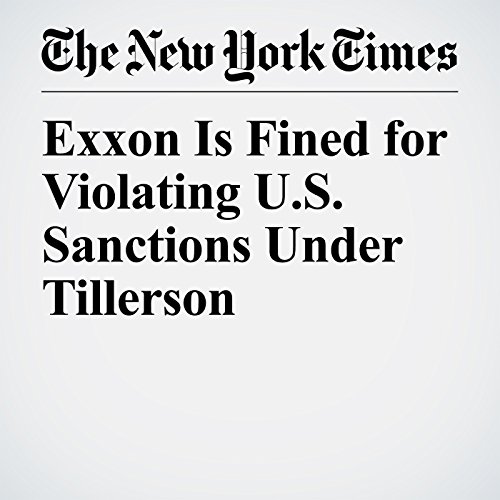 The Treasury Department on Thursday fined Exxon Mobil $2 million for violating sanctions that the United States imposed on Russia in 2014 while Rex Tillerson, now the secretary of state, was the oil company’s chief executive.

"Exxon Is Fined for Violating U.S. Sanctions Under Tillerson" is from the July 21, 2017 Business section of The New York Times. It was written by Alan Rappeport and narrated by Mike DelGaudio.