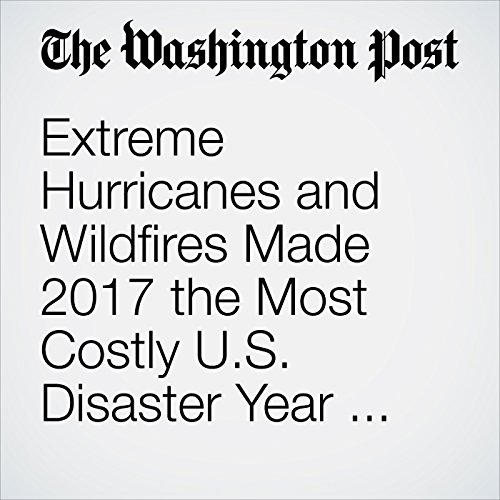 Hurricanes Harvey, Irma and Maria combined with devastating Western wildfires and other natural catastrophes to make 2017 the most expensive year on record for disasters in the United States, the National Oceanic and Atmospheric Administration reported Monday. The disasters caused $306 billion in total damage in 2017, with 16 events that caused more than $1 billion in damage each. The bulk of the damage, at $265 billion, came from hurricanes.

"Extreme Hurricanes and Wildfires Made 2017 the Most Costly U.S. Disaster Year on Record" is from the January 08, 2018 National section of The Washington Post. It was written by Chris Mooney and Brady Dennis and narrated by Sam Scholl.