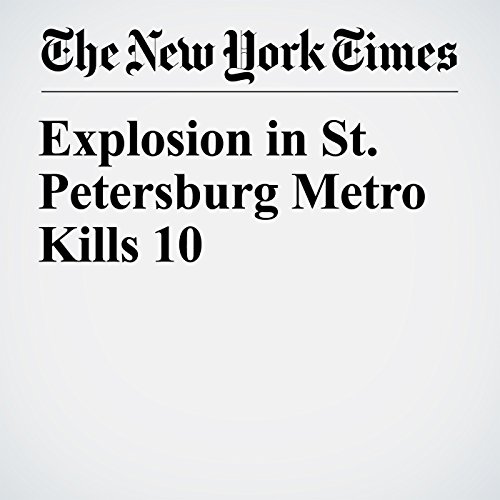 "Explosion in St. Petersburg Metro Kills 10" is from the April 03, 2017 World section of The New York Times. It was written by Neil Macfarquhar and Ivan Nechepurenko and narrated by Keith Sellon-Wright.