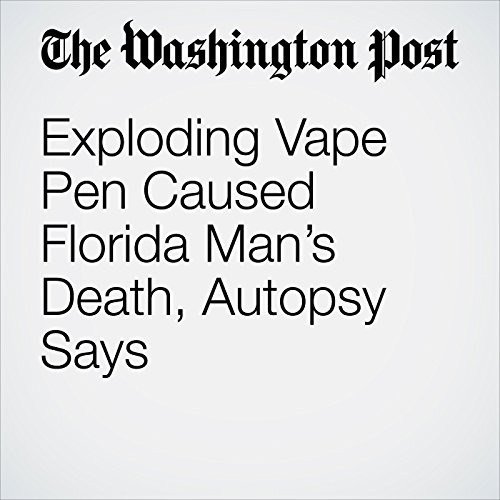 In what is believed to be one of the first deaths from an e-cigarette explosion, a 38-year-old man in Florida was killed when his vape pen exploded, sending projectiles into his head and causing a small fire in his house.

"Exploding Vape Pen Caused Florida Man’s Death, Autopsy Says" is from the May 16, 2018 National section of The Washington Post. It was written by Eli Rosenberg and narrated by Sam Scholl.