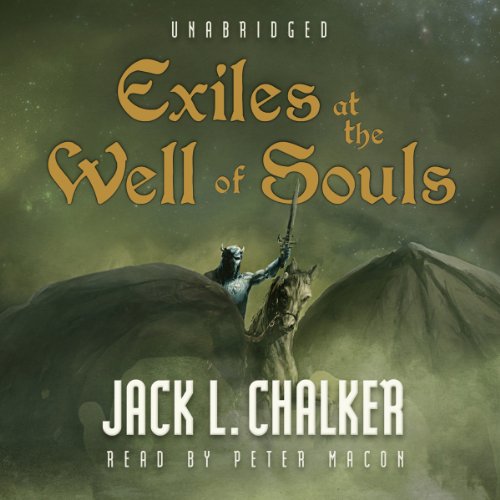 The war of the Well World has begun.

Antor Trellig, head of a ruthless interstellar syndicate, has seized a supercomputer with godlike powers that could make him omnipotent. The Council offers master criminal Mavra Chang any reward she desires if she can stop Trellig - and horrible, lingering death if she fails. But neither Trellig nor Mavra has taken the Well World into consideration. Built by the ancient Markovians, the Well World controls the design of the cosmos. When the opponents are drawn across space to the mysterious planet, they find themselves in new, alien bodies and in the middle of a battle where strange races fight desperately - with the control of the entire universe as the prize.

One of those classic sci fi series that seems a bit dated due to very obvious anti technology attitudes. The series is very imaginative in terms of world building but the story is not centered enough to follow. Too many characters, too many comboluted subplots, and the complex nature of the setting means that the book has to stop often to describe extensively different species, places and the most pointedly unnecessary aspects of life (like how different species have sex, eat, sleep go to the bathroom...). it gets boring. I'm done with this series with this one.

Better Than the First?

I found myself missing the main characters we grew to love in the first book, only to find the new characters just as interesting. New mysteries and new puzzles of the well world are presented and solved here in a very entertaining fashion.

First of all, I was amazed in the realization that the original book was published 41 years ago! Wow, that puts into perspective how Jack L Chalker was so advanced in his way of thinking and storytelling for that matter. I will not go into detail or even mention any of the characters, as these are what the audiobook makes it very interesting. Just immersed yourself into the Well World, and forgive the sometimes simplicity of scientific explanations of why this and that transformations or whatever. I did enjoy this audiobook, I'm in the 2nd audiobook of the series and plan to listen to all of them!

the story is just about alright. but the narration was like computer read it out

Great characters in this very imaginative and strange story just make it very entertaining. I’m hooked on the characters Maurva and Obie and just excited to go get the next book to see what happened. The reading and production are excellent also. A great choice for a sci-fi-fantasy fan. Or just as something different to read (listen to).

this is great story.

This is a must if you like a good continuing story. I have truly enjoyed this and the 1st book. Getting ready to start the 3rd.

The story lacked depth and felt rushed. I enjoyed it but definitely expected more. I hope the next book in the series is better.

I loved the performance of this book and can't wait to start the next one.

Stellar! Chalker is a true Master!!

This is an unparalleled series of books by Jack Chalker, whom I consider to be the BEST Sci-fi writer of all time!! I know that's an extraordinarily BOLD statement but I believe it to be true!

This sequel doesn't really add anything new to the mix, but it clearly sets the stage for books to come. Overall it was well read and written. Thoroughly enjoyable.