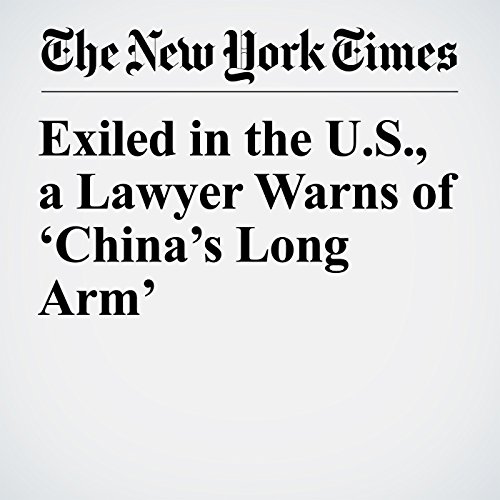 From his suburban home in New Jersey, Teng Biao has watched in frustration as what he sees as the apologies to China from Western companies have come fast and furious this year.

"Exiled in the U.S., a Lawyer Warns of ‘China’s Long Arm’" is from the June 15, 2018 World section of The New York Times. It was written by Edward Wong and narrated by Fleet Cooper.