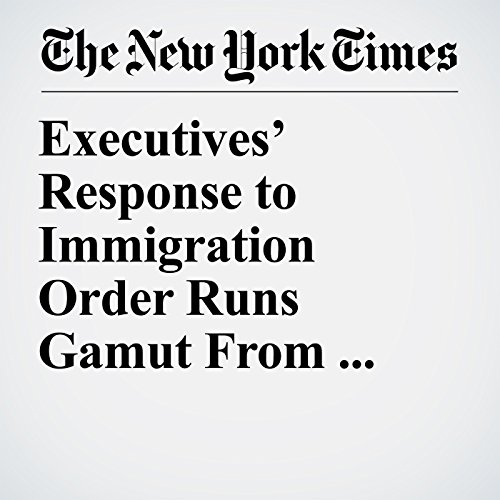 After the initial shock of President Donald Trump’s order Friday restricting entry to the United States by citizens of seven predominantly Muslim nations and all refugees, businesses and trade organizations began to respond over the weekend, some with outrage, some with caution.

"Executives’ Response to Immigration Order Runs Gamut From Caution to Fury" is from the January 29, 2017 Business section of The New York Times. It was written by Patricia Cohen and narrated by Fleet Cooper.