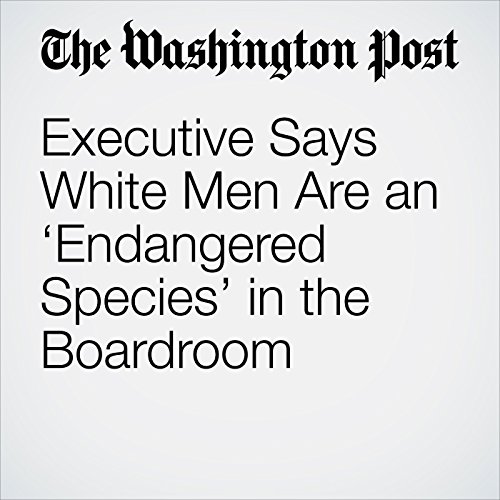 Executive Says White Men Are an ‘Endangered Species’ in the Boardroom

It's hard out there for a white man.

That was the message communicated by John Allan, chairman of the British retail giant Tesco, at a recent Retail Week Live conference. White men, he said, are becoming an “endangered species” in top business jobs, forced to compete with women and minorities for key positions.

"Executive Says White Men Are an ‘Endangered Species’ in the Boardroom" is from the March 11, 2017 Business section of The Washington Post. It was written by Amanda Erickson and narrated by Sam Scholl.