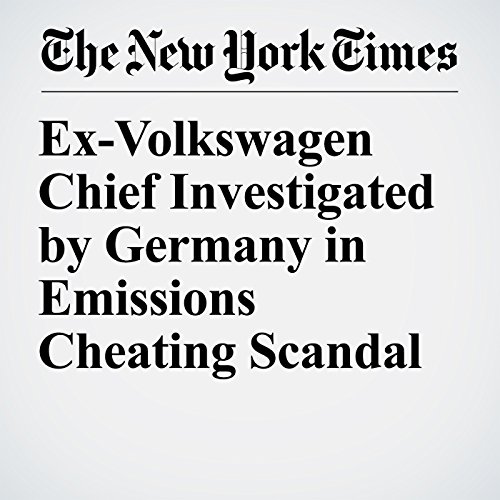 German prosecutors said for the first time Friday that they have evidence that Volkswagen’s former chief executive took part in the company’s emissions fraud, significantly raising the stakes for the carmaker and undercutting its attempts to put the scandal behind it.

"Ex-Volkswagen Chief Investigated by Germany in Emissions Cheating Scandal" is from the January 27, 2017 Business section of The New York Times. It was written by Jack Ewing and narrated by Barbara Benjamin-Creel.