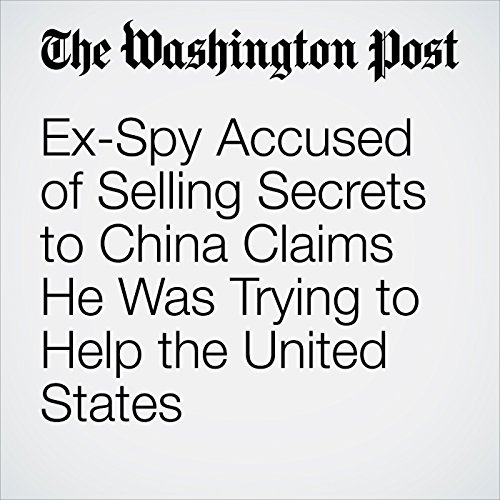 Kevin Mallory, a former CIA officer, admits he met with Chinese spies. He admits he planned a covert meeting with one of the operatives, that he handed over U.S. intelligence documents and that he accepted thousands of dollars.

"Ex-Spy Accused of Selling Secrets to China Claims He Was Trying to Help the United States" is from the May 29, 2018 National section of The Washington Post. It was written by Rachel Weiner and narrated by Sam Scholl.