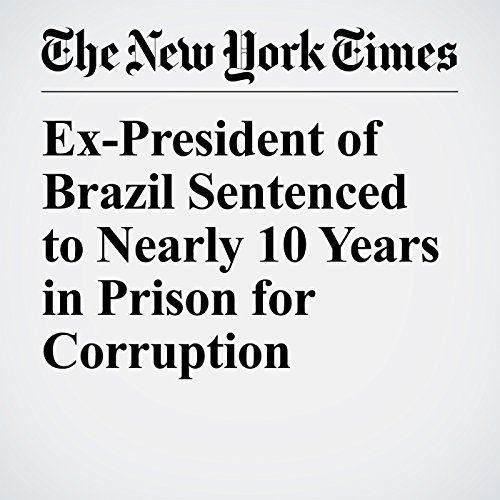 The former president of Brazil, Luiz Inácio Lula da Silva, was found guilty of corruption and money laundering Wednesday and sentenced to nearly 10 years in prison, a stunning setback for a politician who has wielded enormous influence across Latin America for decades.

"Ex-President of Brazil Sentenced to Nearly 10 Years in Prison for Corruption" is from the July 12, 2017 World section of The New York Times. It was written by Ernesto Londoño and narrated by Kristi Burns.